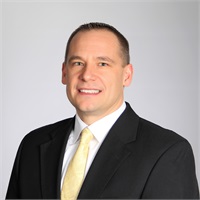 Originally from the Twin Cities area, Noah graduated from high school in Eau Claire and went on to pursue a Bachelor of Arts degree in business, psychology and sociology at the University of Minnesota - Twin Cities.  After college, Noah entered the financial services industry in 2001 becoming licensed in Life/Accident/Health insurance, a mortgage originator, a Registered Investment Representative, and a Limited Principal in both MN and WI.  At his first firm, PFS Investments, Noah helped expand several offices between the Twin Cities and Milwaukee.  He grew into the role of regional manager making him responsible for developing teams of agents and advisors across both states.

Noah returned to Eau Claire in 2010, transitioning to the bank channel of the investment industry with Bank Mutual and Mutual Financial Group.  The dual roles he served as a Financial Advisor and Regional Sales Manager for 15 bank branch locations across western Wisconsin have contributed to his broad knowledge of the industry’s institutional and independent channels and given him invaluable experience that now spans 16+ years.

In his spare time, Noah enjoys serving on the board of directors at Westgate Sportsman’s Club and volunteers on both the Finance and Grounds committees.  He also coaches an Odyssey of the Mind team for students at Putnam Elementary School -- which includes his two daughters, Victoria and Eva.  Their team took 2nd place in the state competition in 2018 (Go Putnam Panthers!).  He also enjoys all things outdoors: hunting, fishing, camping, backpacking, boating, golf and traveling with his wife and daughters.